Yes, we've seen National Moving Day and, thanks to Brian, we have underlined the advent of the evil yellow margarine.

Now let's have a look at this week's lesson: the annual two week construction holiday! 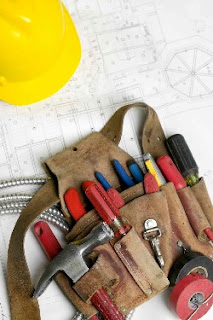 Yes, each year during the last two weeks of July, most construction sites grind to a halt and the whole force of people working in construction go on holiday. Traffic becomes distinctly lighter in the city (but heavier on the highways for the days at the beginning and end of this period), campgrounds are full all over the province (and over the borders into Ontario, New Brunswick and into New England) and — who could doubt it — the price of gas mysteriously rises.

This lovely tradition apparently dates back to the 1970's, when our government moved to make uniform the working conditions in the industry. In the interest of safety, it is better to have two weeks of no construction work than many weeks of construction with suboptimal numbers of workers as they try to take vacations in a staggered manner.

Of course, there are exceptions, and various road projects and other things considered vital get exemptions from the period, allowing them to keep their workers on the job. But you can pretty much forget about that deck you were hoping to build, unless you are doing it on your own. Even then, inspectors will probably stop by to make sure you are not breaking the rules…
Posted by Ken Monteith at 18:40 No comments:

I've just come back from a very quick visit to the region of the Capitale nationale (Québec City), so I thought I would share a little bit of what I did.

I took the train and, due to an unfortunate set of events that saw me taking a non air-conditioned train back from Toronto a few weeks ago, I had a credit that made it easy for me to book myself in VIA1 (first class) with all the attendant drinks and food. The picture above is of the Fleuve St-Laurent as we cross the bridge into the great void of the 450 area code. Eeek!

I guess we do need someone to grow our crops to feed us, and the countryside all the way was dotted with lovely green fields that will yield crops for our consumption later on.

I also tried my best to get a picture of the typical Québec farmhouse, which has a very distinctive shape. These were either too far away, as above, or so close with the train moving quickly that they ended up a bit blurry, as below.

I went for just a day, but with the goal of spending a little time with my friend Madhuri. I think the picture of her above is quite lovely, but you can see that I have not at all perfected the 'holding the camera at arm's length to take a self-portrait' thing. The one below gets a little more of me.

It's hard to believe that we have been friends for over thirty years, since we were both in high school. (For those with calculators, we were both in high school at age 3.) There is just something comfortable about our friendship that I really enjoy. We don't see each other a whole lot, but it is always very natural and easy when we do. I also enjoy both of her daughters, who are a credit to her parenting skills.

We spent some time wandering around the lower town, pictured above, and the upper town (okay, I only have the City Hall), pictured below. Québec, at least the old part, is an extremely beautiful city. They have worked hard to maintain its charm and integrity and it shows.

This is also the 400th anniversary of the founding of Québec City, so there are many delightful activities going on and little reminders of the occasion everywhere.

What I found funny was that these lights are all oriented in the same way: you can read them when you are heading east toward the escarpment, but if you go the other way, you see 'OOP' (hence my post title):

The other observation I would have to make is that there has been much criticism of how much space the federal government has been taking in this celebration — everything from sending the Governor General as the official representative to the kick-off ceremonies in France, to referring to 1608 as the founding of Canada (which is a bit of a stretch, to say the least). I found the ultimate evidence of their nefarious plot to take this over in the little badges that people wear to give them access to the concerts that are a part of the Summer Festival.

The badge seems innocent enough when photographed in the day or with a flash.

In the dark, however, the evil federalist plot reveals itself in the colour of the little flashing light on the badge. Red enough to provoke even the most mild-mannered of nationalists! Why-oh-why is this light not blue? I blame the lax attitude of our current Québec government, letting the Canadians usurp the festivities! ;-)
And, although this does not flow with the rest of my story, I must show the other reason I so love Québec City. Erico and the Choco-musée will always make a trip there worthwhile. Below, on a fittingly coloured plate, are the lovely products I brought back from there.

Today, while National Moving Day was in full swing in Québec (I haven't actually participated in 13 years), other parts of the country were celebrating Canada Day. And Rideau Hall, the residence of the Representative of the Vestige of Feudalism in Canada (a.k.a. the Governor General) announced this years list of people honoured by being named to the Order of Canada. 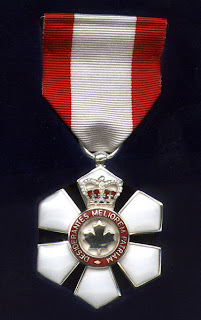 One of these people was singled out for attention, some of it critical, having devoted much of his adult life to the fight for women's right to choose to have an abortion if they so desire. 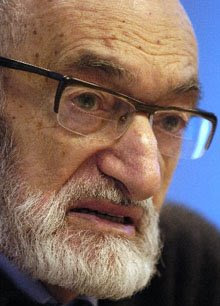 Henry Morgentaler has endured a lot over the years. Multiple criminal charges that ultimately ended in the striking down of the criminal prohibition / limit-setting on abortion and that established a legal principle that an appellate court cannot substitute a verdict of guilt for an acquittal delivered by a jury. Heinous and insensitive comparisons to Nazis delivered by radical anti-choice activists to a man who is himself a survivor of Auschwitz. He has steadfastly continued this fight, even today working toward opening two private abortion clinics in the Canadian north, so that women who live there will not have to travel great distances to exercise their health rights.
I recall that a friend of mine once saw Dr. Morgentaler sitting on a park bench somewhere in Montréal. She approached him, apologized for disturbing him, and thanked him for all that he has done. The reproductive choice of millions of Canadian women has been guaranteed by the work of this man and his many allies across the country. It's about time the country thanked him in such a public way.
Posted by Ken Monteith at 23:29 2 comments: 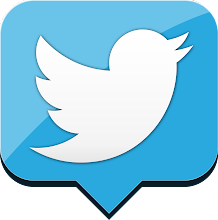 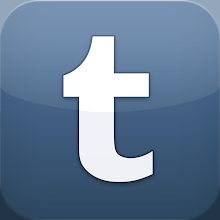